Although I’ve been familiar with Tina Malia’s music since her ground breaking debut release, Shores Of Avalon, in 2002, this is the first opportunity I’ve had to write about her. But the timing is perfect as I recently had the pleasure of seeiing her perform for the first time at the ZMR Awards in New Orleans, both solo and in duet with award winning pianist Peter Kater. Since that first album, Tina has released four more recordings including the latest, Bridge To Vallabha. Her music has been diverse and spans a range from dream pop to world music and sacred chant. Over the years, Tina has been fortunate to perform and record with Kenny Loggins, Bonnie Rait, India Arie, Jai Uttal, Deva Pemal & Miten, Peter Kater, and many others.

Its not surprising that Tina has pursued a career in music having grown up with a mother who was a renowned concert pianist and opera singer in South Korea. While her mom was a motivating force in Tina’s classical music education, it was her father who bought her a guitar when she was 15, and encouraged her explore musically. Outside of her family, artists like Joni Mitchell, Joan Baez, Ani DiFranco, and others inspired her as well. But it was not long after Tina’s first album that she met world chant artist Jai Uttal who expanded her musical horizons to the ancient Eastern spiritual tradition of Sanskrit mantras. Tina’s new release harkens back to her 2005 album Jaya Bhagavan, which featured traditional Sanskrit chants with lush acoustic instrumentation. This new album takes it a step farther and includes chants, not only in Sanskrit, but also in Hebrew, Gurmukhi, and English, along with instrumental accompaniment.

In an exclusive interview, Tina spoke to me about the inspiration behind this new recording: “The songs on this album were 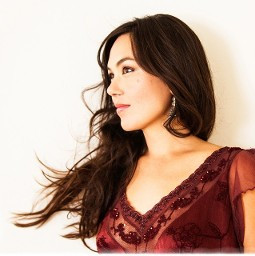 largely inspired by my travels around the world, where I met different people who taught me these chants and mantras.  Most of the time it was out in nature- sitting around a fire, by a river, traveling by horseback under the stars.  I have rarely ‘performed’ these songs in front of an audience or on a microphone, they have been mainly sung to and from the Earth in an act of pure devotion.  I decided to record them because they have affected me so deeply and I wanted to share as much of that as I could with others.  The word “Vallabha” means “beloved” in Sanskrit, and I wanted to express the sweet feeling of closeness that I have received from these ancient mantras and melodies.  I have a very deep love and reverence for sacred music in general, and I wanted to create an album that bridged many cultures and returned to the simple binding thread of music.”

As the album begins with a track called “Om Sarve,” the arpeggiated acoustic guitar sound reminded me vaguely of the intro to “Hotel California” by The Eagles, although overall, the two songs are very different. After the intro, Tina makes her vocal entrance in the sweet heavenly tone she is well known for. As the song evolves, layers of multi-tracked vocals create an angelic choir that lifts the chant into blissful realms with Tina’s voice riding the melody like surfer on a wave. On the next song, “Ima Adama,” a gently strummed folk-style guitar and chiming vibraphone notes set the stage for Tina’s heartfelt vocals – first solo, and then layered with additional female voices. A particularly cool effect was when the vocal choir held a note, and as it trailed off, an ethereal synthesizer swept in and sustained the note adding a bit of subtle ambient enchantment.

As I got deeper into the album, one of the things that stood out to me was the incredibly inventive and unique blending of instruments that accompanied the vocals. On “Sita Ram” for example, a bouncy bass line, vibraphone, and snare drum played with brushes are joined by, of all things, a lap steel guitar. When was the last time you heard a lap steel guitar played on a Hindu chant? Perhaps, instead of Country and Western, this is Country and Eastern. Another interesting instrumental addition on a track called “Shivo Hum” was the dreamy aqueous sound of the Rhodes electric piano. In case the name of that instrument doesn’t ring a bell, it’s a sound that is commonly associated with the music of new age music pioneer Steven Halpern. 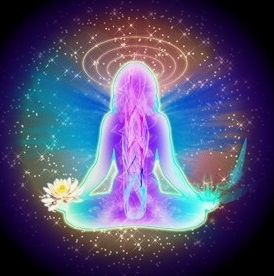 Another distinguishing factor about Tina’s music is that unlike some mantra chanting which can be more repetitive, these have a more song-like quality and there is evolution within each piece as it flows through various movements with buildups, refrains, and instrumental solos. Perhaps Tina’s experience in the aforementioned “dream pop” subgenre has played a part in the unique contemporary way she presents these traditional mantras.

In an interesting contrast to the lush and lavish production of most of the pieces, a track called “Ek Ong Kar,” presents a more Zen-like ambience with only the sound of chirping birds and a simple metronomic rhythm to accompany the relatively unadorned sound of Tina’s vocals. Another intriguing juxtaposition was the Hindu chant of “Om Namo Narmadev” set against an African-sounding acoustic guitar rhythm. Like many of the songs on Bridge To Vallabha, it begins simply and builds as it goes along adding a full ensemble that includes male vocals with the primarily female singing on the album. One of the more traditional Indian sounding tracks is “Oushadhim,” although the use of reverb and echo on Tina’s vocals give a bit of a psychedelic effect that flashed me back to some of the Beatles Eastern-inspired music.

“Long Time Sun” is the lone English language song on the album and has an interesting back-story to it. While the song is often used as a closing prayer in Kundalini Yoga classes and events, it actually originates from The Incredible String Band, an iconic hippie group in the late 1960’s. Needless to say, Tina’s version of it is gorgeous. The album concludes with “Karpura Gauram,” which unlike the other songs is sung a cappella with only solo and layered voices.

The level of production on this album is impressive. The choice of instrumentation adds to the magic of the listening experience and is expertly integrated and mixed to provide the perfect background for Tina’s exquisite vocals. If I were to go into detail on the quality of her singing for each of the pieces, I would quickly run out of superlatives. Tina Malia is without a doubt, one of the preeminent voices in this genre today. I particularly appreciated how her presentation of these ancient mantras in a contemporary context added to their musicality, yet maintained the deeply sacred vibration they are intended to convey.

In my interview with Tina, I asked her to elaborate on the power of these chants and her motivation for recording them. So 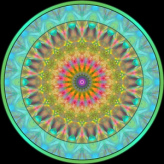 I’ll leave the final words of this feature article to her. As Tina shared: “I believe that music has the ability to bypass the brain and go directly to the heart.  Where logic and reason falter, music prevails and can tear down internal walls leading to great healing.  I’ve witnessed it countless times- watching someone melt under the weight of raw beauty expressed by music.  The look on someone’s face of relief and release is so beautiful to me. It’s what’s led me to make ‘New Age’ or ‘Sacred’ music.  For me, this genre is defined as music with the intention to heal or uplift the soul.  I find nothing more rewarding than creating music that offers this place of joy and release.”