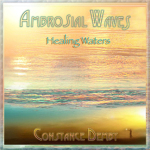 It’s been a while since we’ve had a new release from Grammy-nominated, award winning recording artist Constance Demby, whose name has been at the forefront of distinguished new age artists for decades. Classically trained and performing since the age of 12, she has toured the world and played at major festivals and conferences sharing the same stage as the Dalai Lama, Deepak Chopra, Marianne Williamson, Joseph Campbell, and many others including Dr. Jean Houston, who referred to Constance as “one of the world’s greatest living musicians.”

Although she is most known for her accomplishments as a keyboardist, she is also the designer and creator of such unusual one of a kind instruments as the Sonic Steel Space Bass, a ten foot sheet of steel that produces deep, primordial, resonant sounds which has been recorded by George Lucas’ Skywalker Studios for use in their film scores, and also filmed by The Discovery Channel.

Her latest release is somewhat of a departure from her classic albums such as the mind and heart awakening “Novus Magnificat” and “Aeterna,” which reflect intricate composition, orchestration, and arrangement. Here she has created a more Zen-like soundscape featuring ethereal bells, aquatic ambience, and dreamy synthesizers, which weave a sound tapestry that is extremely nurturing and relaxing. This is ambient music that works well in the background creating a peaceful vibe in the space. The description of this CD as “A soothing sonic salve for the soul… necessary in this turbulent age” couldn’t be more perfect. 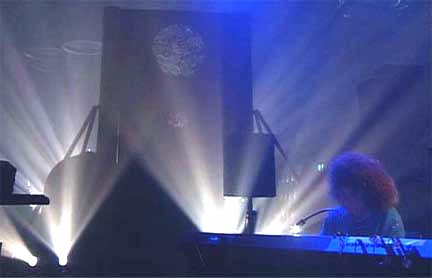 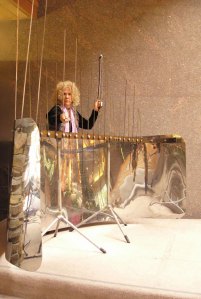 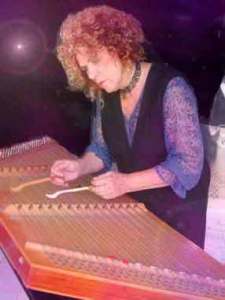