I’ve been a fan of Bryan Carrigan’s exquisitely crafted music for some time and was very much looking forward to hearing the latest addition to his ever-expanding catalog – now his fifth solo release. While I, and many others are familiar with Bryan’s extensive background in the music industry, for those who may not be, let me provide just a brief sketch. Bryan is described in Wikipedia as: “an American music producer, engineer, and electronic musician that has been involved in the production of studio albums and film scores. Carrigan is also known for serving multiple roles in the recording studio as music editor, programming and sound design.” In addition to his own music, the variety of projects Bryan has been involved with in one way or another is impressive, and ranges from Frank Sinatra and Quincy Jones to Aerosmith and Alanis Morrissette, to name but a very few. He has been awarded over a dozen gold and platinum albums and worked on a number of GRAMMY, EMMY, and OSCAR projects. This brief bio barely scratches the surface and his achievements and accolades could easily fill many more paragraphs. But the focus of this feature article is on his new album, so without further adieu…

When I asked Bryan if he had any personal reflections on the album, he replied: “Finding your own magic in every day life is truly what Inspired was about to me.  I love the interpretation of music and how it marks moments in your life and Inspired is just that to me.  So this, just like anything, is a moment in time. I wanted it to be simple because life can be heavy at times and I have learned to embrace the simplest of life’s treasures, which in retrospect are monumental.” Inspired is, indeed, filled with treasures that evoke a range of emotions and provides a stellar listening experience.

The first of these emotional states, as reflected in the title of the opening track is “Elation,” a buoyant, upbeat tune that 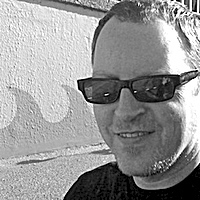 lifts the listener into Bryan’s world of richly orchestrated keyboard-based instrumental melodies. This track stands out as having a little less of the electronic influence that characterizes many of his other compositions. I first listened to the album over speakers, but felt compelled to go back and give it another listen with headphones to discern all the finely detailed nuances that characterize the music. And I’m glad I did. The degree of craftsmanship and the level of production in Bryan’s compositions is magnificent, to say the least.

The aforementioned electronic influence is becomes evident by the second song, entitled “Hope,” as percolating arpeggiators create the yang in contrast to the yin of the long sustained atmospheric synthesizer tones. And speaking of percolating, there is plenty of percolation to be found in the next tune as well. While lemon drops are candy for our taste buds, Bryan’s song “Lemon Drops” provides ear candy in abundance. Another interesting balance of opposites that captured my attention was the contrast between the light bouncy melody and the powerful drumming that anchored the song as it evolved. I was also aware of how perfectly these diverse elements were mixed. This song, as well as a number of them on this album, have a sparkling, effervescent quality that brought to mind the classic new age album Deep Breakfast by Ray Lynch from the mid 80’s, and in particular its famous opening track, “Celestial Soda Pop.”

Electronic music can sometimes have a seriousness about it, but the lightness of being that Bryan Carrigan infuses his

music with makes Inspired one of the most upbeat albums I’ve heard in a long time. The next four tracks: “Floating Above,” “Along The Path,” “Fluffy Clouds,” and “Kaleidoscope,” continue the vibe in grand fashion. A slightly more exotic air surrounds the piece entitled “Caravan,” that as the name suggests, exudes a bit of a Middle Eastern ambience. And speaking of names, one of the most interesting is the one called “Really Fun Song.” With a title like that, I was curious to hear what it would sound like, and after listening (multiple times) I can say that it certainly lives up to it’s title. This is a high energy, whirling dervish of a tune that would be hard to feel sad while listening to. It’s a bit like the current hit pop song “Happy” by Pharrell Williams that is a viral sensation these days. Not that it sounds anything like it, but the effect is similar – a pure dose of feel-good energy that makes you want to get up and move.

Oftentimes, artists will begin their album with their slower songs and build to a climax with the higher energy material. Bryan however, has done the opposite and brings us down easy with the last couple tunes, “Warm Embrace” and “Offerings.” It’s kind of like relaxing in the chill room after a night of high energy dancing or “decompressing” after being at Burning Man. I enjoyed that flow and also appreciated hearing another side of Bryan’s musical spectrum.

Inspired is a perfect title for this album. Not only is the music full of inspiration, but it left me feeling inspired after hearing it (inspired enough to hit replay and listen to it again, in fact.) Bryan’s years of studio experience in LA shines through in his meticulously produced music. He is a consummate professional and his skills in composition, arranging, and instrumentation are absolutely first rate. I always listen for elements in an album that I can compare to other well-known artists to give readers an idea of what to expect. While Bryan’s sound is quite unique, I would venture to say that fans of music by Patrick O’Hearn, Tangerine Dream, and Jean Michel Jarre would enjoy this recording as well. However, one of the things that make Inspired so special is its ebullient joyous quality that is infectious. This is one album I will keep on hand for emotionally cloudy days or whenever I need a serious shot of sonic sunshine.